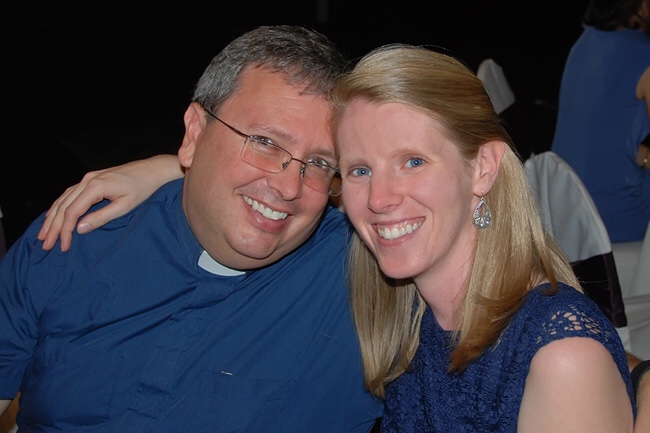 Pastor Bret Rizzo has been a Lutheran Christian his whole life. He is a native of Chicago, Illinois, where he lived until he was 15 when his family moved to West Palm Beach, Florida. In May of 1983, he graduated high school from Berean Christian School in West Palm Beach, Florida and traveled north to Columbus, Ohio where he attended Capital University majoring in Computer Science.

While computers is still something Pastor Bret enjoys working and playing with…it was not the profession he felt the Lord leading him toward. So, answering the call God had placed in his heart, he began studying theology at Trinity Lutheran Seminary in Bexley, Ohio, which is literally across the street from Capital University. In May of 1991, he graduated with a Master of Divinity Degree ready to serve the church of Jesus Christ as an ordained Lutheran Pastor.

Before coming to Hosanna he had served as pastor in Hessville, Ohio, Westlake, Ohio and Boardman, Ohio. He has been serving as Hosanna’s Pastor since May 2012. Pastor Bret married his wife Melissa in September of 2016 and has two teenage children, Benjamin and Abigail, from a previous marriage.

Pastor Bret loves singing and serving in our Sunday morning music ensembles (the sanctuary choir and the praise band). He enjoys flying and traveling (he even has a private pilot license). Swimming and going to the movies with Melissa is another thing he regularly enjoys, as well as running (mostly walking) 5k and 4 mile races collecting finisher medals. He enjoys science fiction and using movies and TV shows to express his faith in Jesus Christ. He loves to laugh and always enjoys a good joke.

The church office is located in the Hosanna House Event Center next door.